This is my newest four letter word. And it beats the f— word with a brick and a grenade launcher.

This year started off with me being confined home, which I
did loyally for the first three months. I went no where, talked to no one really and did nothing. Then My uncle Raymond passed, and a week later my aunt Pauline. Suffer no illusion I love these two with all my heart. I had become distant in the last few years because the ache was too much to bear. I thought if I pushed myself away that the loss would be easier. I had been telling myself this since my Grand Mother (Great Grandma) died in 1997. Put distance between them and me good idea right? Wrong, but I digress.

The last of June I decided to go see my mother in law for a few days, she had been my mom longer than my mother was my mom, so I think we were kinda tight. On the way to see her I fell down the stairs, I mean I fell. My back was bruised black purple for a month, my tailbone hurt like crazy and it’s still swollen (it’s december ffs) but, it’s not getting worse and there is nothing that can be done so, I endure.

That brings me to September, David got Covid, I mean he was sick, not hospital sick but sick, I took care of him, and worked at the same time, and by some miracle he was the only one who got sick, and it only lasted a week about the average of a flu. Good right, I thought the worst was quite over, yea tempting fate you know?

In the last of November, my uncle fell, gashed his head, went to the hospital for stitches turns out he had Covid and he did not make it. Yes I loved that man he meant the world to me. He was the closest thing to my mother. He used to tell me stories about her, I didn’t see him as often as I should trying to shield myself from pain like an idiot. It didn’t work I hurt, oh my God did I hurt, it still hurts. During this fiasco my mother in law went in for a bypass. She never came out.

That is devastating, I’m taking a week off work and trying to get myself together. Lord it is not easy, it hurts. I have kept all this pain to myself and talked to VERY VERY few. One of my best friends called me today and made me realize this is a dragon I do not have to slay myself. I am sad, hurt, but really i’m okay. I know i’m going to make it. The only way to the other side is through….

To the people whom I have really not reached out to reading this i’m sorry. I did not want to bug, or over whelm. No, if it was reversed I would not have though that about you, but this is me it’s different right?

This book is gripping. Rather than being organized on a timeline, it is organized at the murder then moves backwards and then forwards. It might sound difficult to keep up with but, the writer does a superb job keeping it all together. And, yes it is a nail biter, and twists you could not see coming.

It’s a book of divine personal justice, for everyone attached to the plot. Before it is over everyone is changed, scarred as it were for life. The one thing is all but one, makes it out alive.

Secrets, all the characters seem to have too many. Most held because of shame some because of greed. It is a book that will grip you and have you reading its contents in one sitting! 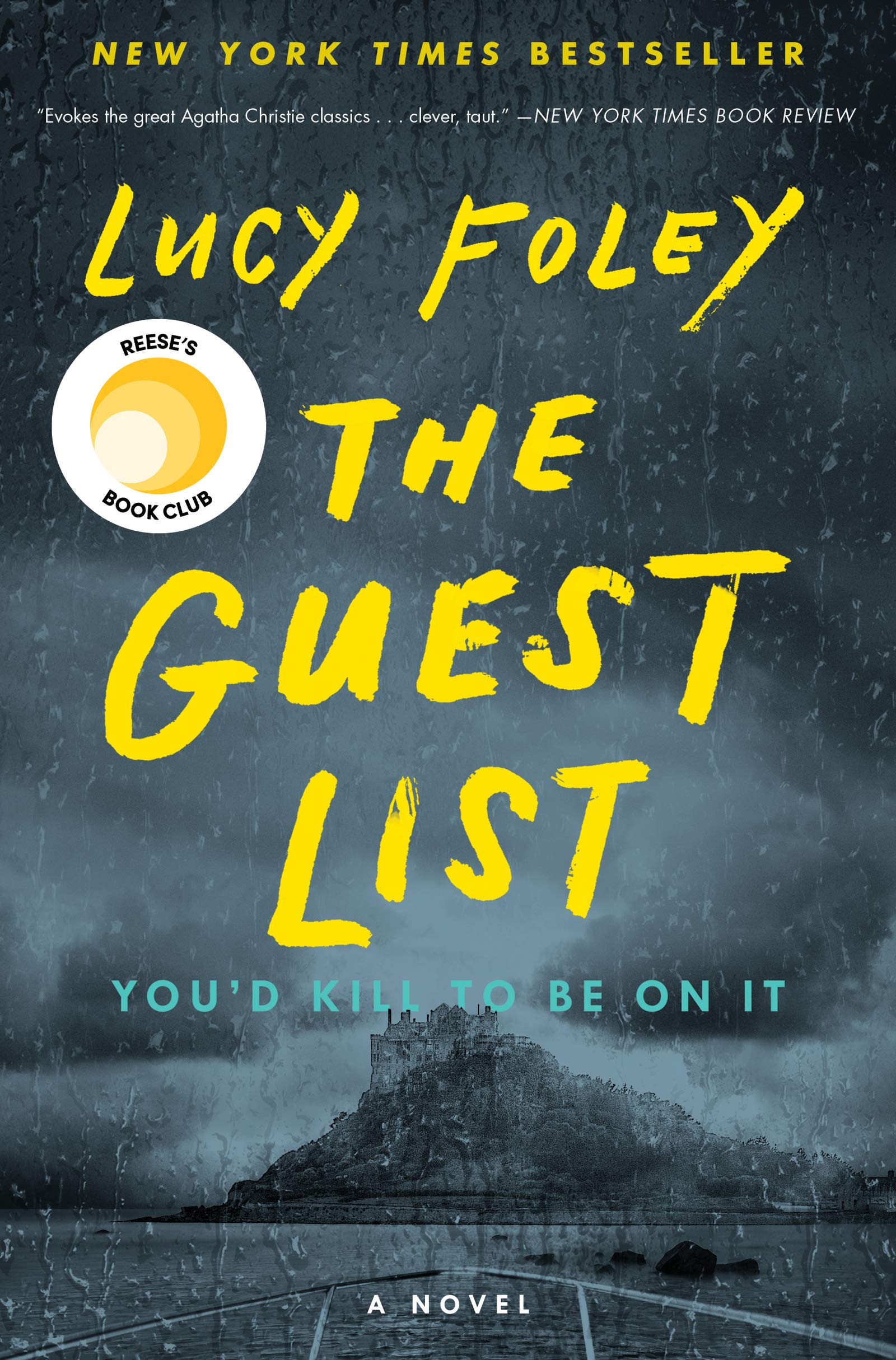 I am not talking about pumpkin spice, oh no. I am talking about window open while cuddling under a electric blanket while reading your latest novel, magazine or even watching TikTok or whatever your vice might be.

I love this time of year it’s one where things start to quiet down and everything turns yellow, orange and red. A time to pause before things get nuts with holiday’s. Lately everything I have been reading, seeing and alerted too tell me to take care of myself. I mean everything.

So I suppose I really have to look into this and what it means to me. I really have no freaking idea how to take care of myself other than trusting my instincts, but i’m sure i’ll muddle though and be better for it. Got any ideas? Drop a line and let me know!

As I get closer to my birthday, the more I think about where I wanted to go that I have never been. Last year I put out a list, and because of world events, I didn’t get anywhere. I have gotten a bit healthier, and I have taken better care of my mental health but I see so many places I can approve. Then I stop myself.

Who said I have to be perfect? Who said I have to know where I am going? Isn’t half the fun getting there? Why am I putting myself in a box to where I have to be specific. Why in the wide world can I not be my own mess and be okay with that? As long as I am healthy and reasonably happy isn’t that what the goal of life is? To be as good as you can be? To strive for better BUT! not to overwhelm yourself to the point that you are only concerned with being perfect and you miss how wonderful you are as an individual.

Those things that make me think and wonder why in the H E double LL I do this to myself.

Bleh, time for a plot twist and a paradigm shift!

That’s a lie, or is it? I have been very fortunate enough to keep my day job and work from home. I’d like to think that i’m talented and good at what I do, which I am, but I am also extremely, EXTREMELY lucky.

What have you been up to lately? I know at the beginning I was all like running the numbers and trying to convince myself that this pandemic was really nothing to worry about. Now, yea experience tempers us doesn’t it? We look back and see how naive were, or are. We understand that what we thought was tradition, or history, sometimes is a brand of hate.

What do you do with those things that have wonderful memories but are based in hate and oppression? Do you get rid of them? Change everything? Or do you keep the reminders around to remember the lesson? Such a double edged sword. Myself I do not do hate in any form. I accept everyone as they are. Everyone has a level of f upness. I’ve also noticed lately that i’m a hippie. Bohemian, flower loving, etc and so on.

anyway much love from your strange duck,

I have not written in a while. Mainly because my mother always said, “if you can’t say anything nice, say nothing at all”. I have been very frustrated with the way thing have been. Let me give you my thinking and then you can pound sand because, this is how I feel :d

I really hope everyone reading this is well and good.

I really don’t know what your life is like, but mine is a bit complicated. I have a chemical imbalance, which makes me very weak to depression. I have to be very very careful. And, since I have this battle and I have found a few things that work for me, maybe they will work for you, while you battle Cabin Fever.

These are basics, let me know if you have any to add just comment below.

Indeed you should buy it in every color, that is the old adage isn’t it? I think it’s perfect. And, for a break of all the death, chaos, anger , etc, I really am going to talk shoes. Women’s shoes at that.

I have a super love of sneakers, I have probably 10 pairs in assorted styles and colors from Chuks to Air’s, I love something that hugs my feet like a pillow. But, I have also come to the conclusion that after this social aggression, I am going to wear SHOES.

I mean sling back, high heeled, wedged bottom, spiked, kitten toting shoes. And, while i’ve always, always worn black, I’m done with the funeral. I am NOW going to sport some color in my wardrobe (trust me that’s another post), and wear shoes that flatter my ten best little digits.

My Grandma loves shoes, she worked in the Kids assembly lines, then later in the shoe dept of Wal Mart. She had probably hundreds of shoes. 7 to a 7 1/2 (i’m a 7 to 8 1/2 I have a high arch and a wide foot.) was her size, and she indeed had tons of colorful shoes. I want shoes like that, and now it’s time to start getting them.

What are you favorites? What was your mom’s favorites? How about your BFF’s favorites, leave a comment below and let me know EVEN if it is a old pair of Kids. And, where does one get wonderful deals on shoes. I DO have to know!! DISH. spill and DM if you need to!!

When I was young and going though hard things, I told myself to get up, and educate myself. So, I read and I got though those hard things and grew up. About 6 months ago, I decided my body was a mess. I got on a treadmill and started running 3 miles a day, then switched to swimming a mile and a half. I would get to that point where I would be down, and wanting to give up. I would visualize myself crying laying down wanting to quit. Then I would imagine myself, my soul yelling at the crying figure GET UP, GET UP, you can do this. YOU ARE ALMOST THERE, GET UP. And, my little crying self would get up and finish and feel so much better for doing it. Silly Story? Perhaps.

Isn’t this how we all feel, like giving up, blaming everyone else for this mess? Why not instead of pointing fingers we GET UP educate and go on? It’s hard, damn right, anything else would not be worth it. You can lay in the ditch and scream and point fingers but, you will have to get up eventually and educate yourself. Why not now? Sure sitting in the ditch is easy, but, it might kill you. Don’t do that!

I’m not really sure, I don’t think we are at a point as a civilization to where we can adequately scope this question. We are still in the messy part where we are trying to figure out who is where, and exactly what the problems are. We know the crisis yes, but do we know anything besides that. I don’t think so. I think we are trying to get a head of it and are starting to make progress but, we have a while before we are really going to know what the time length on things are.

Myself, i’m trying to continue on with my life with as little interruption as possible. I am very glad I decided to take a semester off college. I only have three classes left and i’m glad I can worry about them next fall, rather than through this. It’s amazing how sometimes we make the right decisions and don’t even get it till a long time later.